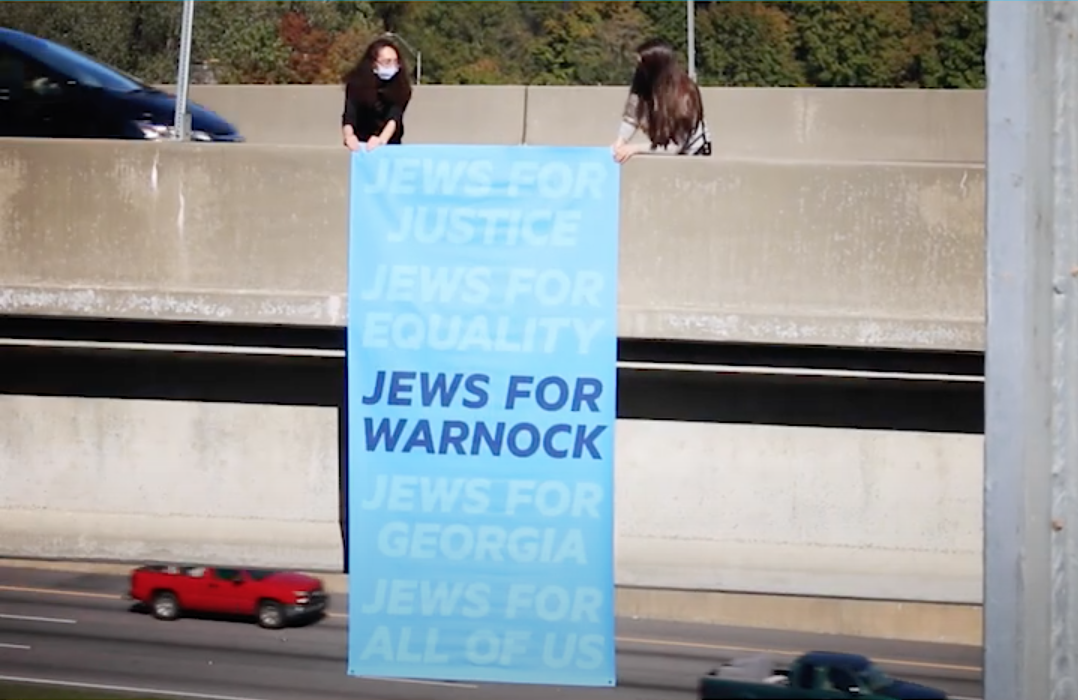 The new ad recorded by grassroots leaders of Bend the Arc: Jewish Action Georgia will be digitally delivered to tens of thousands of Jewish voters in Georgia. These voters are also being reached by Bend the Arc volunteers by call and text to persuade Jewish and swing state voters to vote for Biden and down-ballot Democrats in Georgia.

“Raphael Warnock knows our Georgia Jewish community,” one local leader says in the ad. “We’ve had his back, and he’s had ours.”

Along with the ad, Bend the Arc: Jewish Action released an open letter from Jewish Georgians encouraging fellow Jews to add their names as Jews for Warnock.

“Only one candidate running for Senate in Georgia’s special election has been a trusted ally of the Atlanta Jewish community and a fierce advocate for the issues we care about: Rev. Raphael Warnock,” reads the open letter, which names Warnock's advocacy for Medicaid expansion, racial and immigrant justice, and support for the LGBTQ+ community as reasons for Georgia Jews’ support.

“Kelly Loeffler is an unelected Senator most famous for using her position to profit off the pandemic,” the letter states. “In recent months, she’s attempted to use Jews to attack racial justice movements and was one of the featured attendees at President Trump’s Amy Coney Barrett superspreader event. Meanwhile, Doug Collins has continued to defend and align himself with Trump — who puts all of our communities in danger.”

Nationwide, Bend the Arc: Jewish Action’s “Vote Out Fear” voter contact program is mobilizing volunteers to hit 1.5 million voter contact attempts to persuade Jewish and swing state voters to vote for Biden and down-ballot Democrats in Florida, Georgia Arizona, Colorado, Michigan, Minnesota, Ohio, and Pennsylvania. The “Vote Out Fear” voter contact effort and this digital ads program are part of Bend the Arc: Jewish Action’s “We Rise As One” campaign, a national mobilization of Jews and allies across the country rising up in solidarity to push white nationalism out of the halls of power, using persuasion language around antisemitism and white nationalism that voters wouldn’t otherwise hear from other campaigns or GOTV efforts.