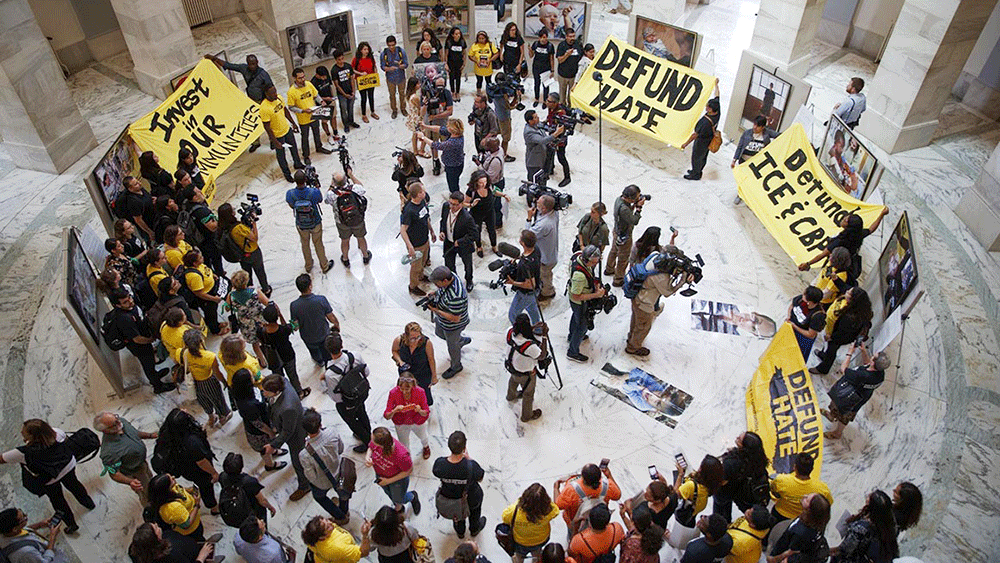 Bend the Arc at the Defund Hate convening and action, June 23-25

On Tuesday, Bend the Arc activists from across the country joined allies in the Senate rotunda — including United We Dream, Detention Watch Network, and AFSC — to demand no more money for camps and raids against immigrants.

“It was like an activist mikvah: a full-bodied, overwhelmingly immersive rite of passage marking life-changing learning.” — Amelia, Bend the Arc: Albuquerque

Because of donors and supporters like you, Jews and allies are discovering their power to fight back against attacks on immigrants, defeat white nationalism, and build a new America.

Now we have 3 days left before Bend the Arc’s 2019 budget closes — donate to grow our movement and close the fiscal year strong. 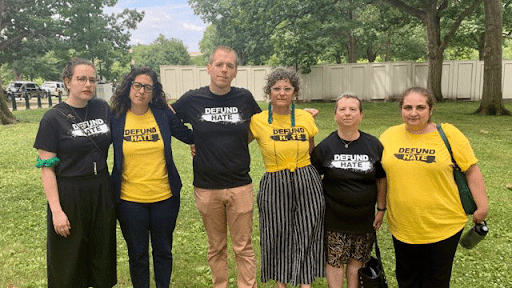 Bend the Arc at the Defund Hate convening and action

“It was meaningful for me as a Jewish person to see and hear from undocumented people about their ordeals and to be reminded of my obligation to help.” — Sue Ellen, Bend the Arc: New York

To detain and deport immigrants in record numbers, the Trump administration and its agents depend on our silence, our daily overwhelm, and our tax dollars.

It’s going to take more of us, acting boldly, to change the system.

In this next fiscal year, we want to reach even more leaders in more communities, in every corner of the country — but this movement needs your support. Your gift helps us mobilize over 100,000 people in 18 states to build the largest Jewish movement for justice and democracy that this country has seen.

Give right now to help Bend the Arc close this fiscal year strong and be ready to hit the ground running on July 1.

“So many folks at the Defund Hate convening were personally impacted by the detention and deportation machine. These warriors graciously invited me to fight alongside them for our mutual liberation from a system of white nationalism that is upheld by and reflected in our country's cruel immigration policies. It is my honor to follow these folks into battle.” — Alyssa, Bend the Arc: South Florida

Amelia, Sue Ellen, and Alyssa are just three of hundreds of leaders Bend the Arc has empowered, connected, and platformed to lead in their communities and nationally.

When you support Bend the Arc you’re investing in Jewish leaders — to grow their courage, compassion, strategy, and skills — to stand up to the worst abuses by our government.

Thank you for everything you do to make bold Jewish leadership possible.