There’s still so much for us to do to stop Trump and his hateful agenda, but yesterday’s news — that the Justice Department appointed a special counsel to investigate the possible crimes of Trump and his aides1 — is a huge victory for democracy and for the resistance.

This investigation would not have happened without your work, without the collective organizing and outrage from Americans in every corner of the country, including Bend the Arc supporters. From the launch of Trump’s campaign, you have continued to pour your energy and passion into community meetings, phone banks, rallies, protests, and lobbying our leaders to say “We’ve Seen This Before.” Thank you.

With Trump against the ropes after revealing his deep contempt for democracy and a frightening authoritarian streak, our voices as American Jews matter more than ever. We know our allies are counting on us to stand up and speak truthfully in our communities about we’re seeing.

That’s why we’re growing our Moral Minyan Project — to train, organize, and mobilize Jews across the country to resist Trump’s rising autocracy. If you’ve been thinking about getting more deeply involved, I hope you’ll seize this opportunity.

Visit our new webpage to learn about the Moral Minyan Project, and how you can find or start a group in your community.

This week, following the firing of FBI Director James Comey (in itself an enormous abuse of presidential authority), the Times uncovered memos that Trump tried to influence the FBI investigation into his Administration’s ties with Russia.2

There’s a phrase for that: It’s called obstruction of justice, and historians of authoritarianism have sounded the alarm on what we need to do: "Demand an independent investigation. Urge multiple institutions to investigate. Continue resisting in all other areas."3

In the coming weeks, we’ll be ramping up the pressure on our leaders, both Republicans and Democrats, to make sure Trump is held accountable..

It’s not a moment too soon to begin organizing in your community. That’s the deep calling of the Jewish community in this country right now: To make good on the promise we made to ourselves and the broader world of Never Again.

Find or start a Moral Minyan in your community to fight Trump during the summer of resistance.

In parting, I want to offer this testimonial from Linda, a Bend the Arc supporter in Los Angeles, about her experience organizing with Bend the Arc for immigrant justice this month:

I hope you’ll take a moment with me to celebrate the appointment of the special counsel, and gather with Bend the Arc as we gear up for the next phase together. 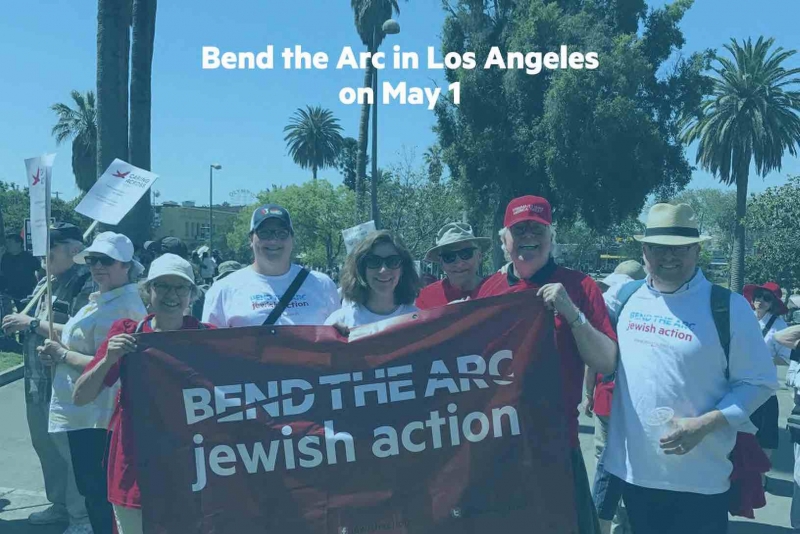