Right now, 63% of people in our jails have never been convicted of a crime, and are only there because they cannot afford bail. Our Jewish community is helping change that in California.

On Wednesday, the transformative money bail reform bill (SB 10) will be heard in the Assembly Appropriations Committee, and we need your help.

The Chair of the Assembly Appropriations Committee, Lorena Gonzalez Fletcher, has supported bail reform and is an amazing advocate for working families and mothers, climate change, and voting rights. She supports fixing our bail system, but with increasing pressure from the bail lobby to block or water it down, we want to make sure she keeps the bill as strong as possible.

Can you call Assemblymember Lorena Gonzalez Fletcher at (619) 338-8090 to thank her for her support so far, and urge her to keep the bail bill as strong as possible?

Here’s what you can say:

Hi, my name is ________ and I live in ______. I’d like to thank Assemblymember Lorena Gonzalez Fletcher for her leadership and support of the California Money Bail Reform Act. As a member of the Jewish community and Bend the Arc, I’m calling to ask you to support the strongest version of bail reform in the Appropriations Committee. Thank you!

** After you call, let us know how your call went by responding to this email and telling us if you spoke with someone or left a voicemail.**

It is time for the Assembly Appropriations Chair to hear from you. Assemblymember Gonzalez Fletcher needs to know that the Jewish community supports strong policies that move us towards ending mass incarceration.

Now, they need your help right now to call the Assembly Appropriations Chair to push this bill over its next hurdle.

By passing SB 10, California could pave the way for real criminal justice reform for the rest of the country. With your help, we can make history now.

Thanks for all your support,

PS: In case you missed it, here’s our list of 10 things you need to know about bail. Read, share, and call! 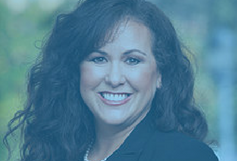