Website
News broke this week that Trump is going to Pittsburgh -- but not for the one year anniversary of the Tree of Life synagogue massacre.

News broke this week that Trump is going to Pittsburgh — but not for the one year anniversary of the Tree of Life synagogue massacre, the deadliest antisemitic attack in American history.

Trump is going to Pittsburgh to be the keynote speaker at an oil and gas conference.

As we remember Pittsburgh, we look with clear eyes at what made this horrific attack possible: politicians who use fear to divide us for their own gain.

We all deserve a better future. A country where we all belong. And it is possible.

Next week, Bend the Arc leaders in Pittsburgh will be taking action to confront Trump and mark the anniversary.

We’re asking Jews and allies across the country to be ready to take action with us. We’ll have ritual you can do in your local community, as well as bolder action calling on the President and members of Congress.

To build a country where all of us experience freedom, fairness, and belonging, we must remove from power those who spread antisemitism, xenophobia, Islamophobia, and racism.

We get there not alone, but in deep partnership with each other in the Jewish community, and in solidarity with all other groups under attack.

Please keep an eye on your inbox after the chagim (holidays) next week for next steps. 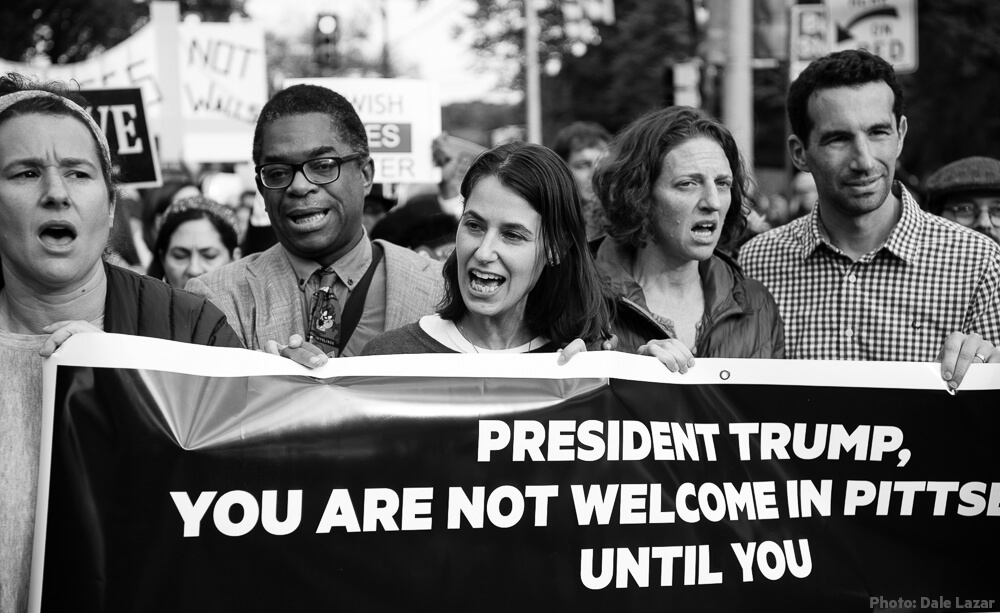 Last year, our Pittsburgh leaders turned away Trump when they filled the streets alongside local allies, including the Muslim community.

It will take all of us rising up again to send a clear message to our politicians on this one year anniversary that if you’re not here for all of us, you’re here for none of us.

— The Bend the Arc team