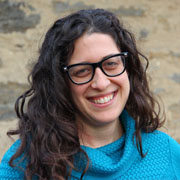 Arielle Gingold joined Bend the Arc in 2013. She represents the organization on Capitol Hill, to the Administration and in diverse coalitions on issues ranging from voting rights to immigration reform to promoting LGBT equality.

For a few weeks now, I’ve had the eponymous song from the musical “Oklahoma” in my head, watching the state consider a bill to allow taxpayer-funded child welfare agencies to use religion to discriminate against children and prospective parents. Since the legislature passed this bill and Governor Mary Fallin signed it into law — a particularly bitter irony with May being National Foster Care Month — I’ve been singing a slightly different tune: ”you’re NOT doing fine Oklahoma, O.K.”

Though Oklahoma was the first state in 2018 to make such a move, it is unfortunately the eighth state to do so overall, following in the misguided footsteps of Alabama, Michigan, Mississippi, North Dakota, South Dakota, Texas, and Virginia. Worse still, Kansas Governor Jeff Colyer recently signed a similar bill passed by his state’s legislature, and South Carolina Governor Henry McMaster signed an executive order aimed at allowing faith-based agencies to discriminate — which some legislators in his state are now trying to bolster through a provision in its massive appropriations bill.

At the risk of stating the obvious, let's be perfectly clear — allowing faith-based social service agencies to prioritize their own beliefs at the expense of the very children they’re supposed to be serving is wrong, harmful, and a gross distortion of true religious freedom. What’s more, while the impact of these laws on LGBTQ individuals alone is unacceptable, the danger and risk posed to children and families of all kinds is considerably more widespread. In fact, these laws permit agencies to resist placing kids in foster care who are LGBTQ, and turn away scores of prospective foster parents trying to provide loving and stable homes, including LGBTQ-identified adults, unmarried adults, interracial couples, interfaith couples, and couples of a different faith than the provider.

This wave is deeply concerning, as is the lack of air time and column space it’s received in national media. But while we have a real fight on our hands, I am not without hope as we mark National Foster Care Month. Recently, Connecticut’s Governor launched a campaign to recruit LGBTQ adoptive and foster parents, in express opposition to other states’ discriminatory moves. And I’m inspired by the 51 Kansas faith leaders and organizations, 68 Oklahoma faith leaders and organizations and more than 40 national religious organizations from more than a dozen denominations (including Bend the Arc: Jewish Action), who mobilized in a matter of days to raise their prophetic voices to their elected officials and call for an end to weaponizing religion as a tool of hatred and discrimination.

People of faith across the country will not stop speaking up and showing up, we will not allow the religious right and right wing politicians to control this narrative, and together we will turn the tide and revoke this license to discriminate.