📸 and 🎥 inside! With Senator Bernie Sanders, Pittsburgh leaders, and more. 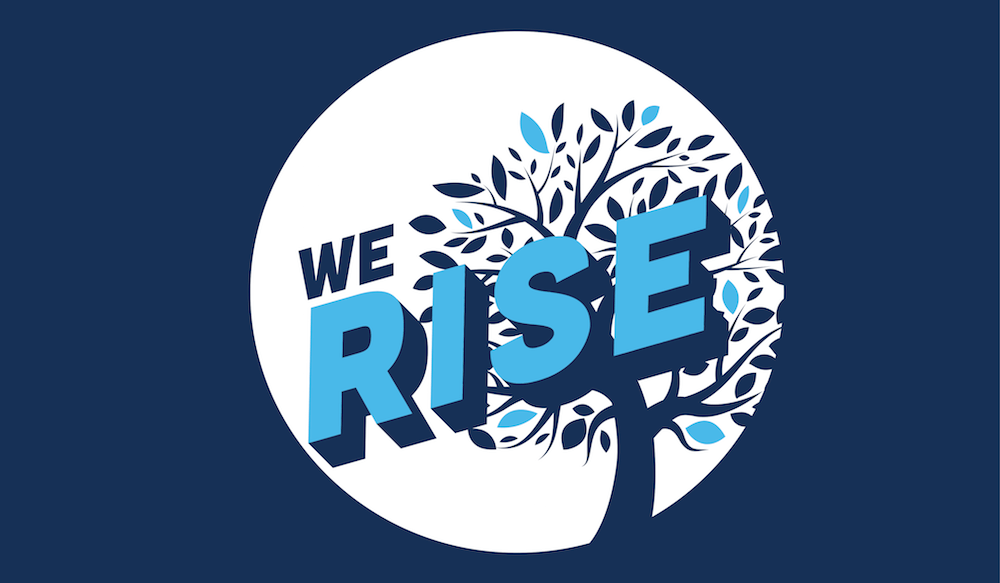 Yesterday’s National Solidarity Gathering showed me that our ancestors truly gave us a blueprint for turning grief and mourning into solidarity and action.

First: Jewish leaders in Pittsburgh changed the world with their grief, solidarity, and organizing to defeat white nationalism.

Second: The Tree of Life shooting was a result of Trump and his enablers using antisemitic conspiracy theories to spread fear and hate and hold onto power.

Third: Our Jewish communities are so loved. Movement and faith leaders from across the country joined us to say “We rise with you in solidarity to build a country for all of us.”

Last night’s event was a balm and a call to action. I hope you’ll scroll down in this email to view highlights, watch the replay of the event, and sign up to join our amazing volunteers to help win this election.

Watch the replay of We Rise: National Solidarity Gathering, and sign up below for an upcoming phone or textbank shifts before November 3.

PS: I also have incredible news: Right before our event, textbankers helped us pass 2.2 million voter contact attempts in this election.

That’s 2.2 million calls and texts to Jewish and swing state voters in Florida, Georgia, Michigan, Ohio, Pennsylvania, Colorado, Arizona, and Minnesota to help defeat those who endanger our community in this election.

And after we win, we’ll be ready to lead a grassroots Jewish movement alongside our partners to build a multiracial democracy where everyone is safe and free — no exceptions.

HEARD AT THE EVENT

“I rise because a new world is waiting to be born. And when we grieve together, and organize together, and rise together with love we are birthing the world to come: a world that leaves no one behind.”

“Today we pause to mourn the eleven beautiful people who were murdered two years ago in that holy place. Tomorrow we dedicate ourselves to build a country that embodies the values of equality, democracy, and dignity for all people. And we will stand together and say loudly and clearly on November 3rd that we will never, ever be intimidated by those who try to make us afraid of each other.”

VIDEO YOU CAN WATCH 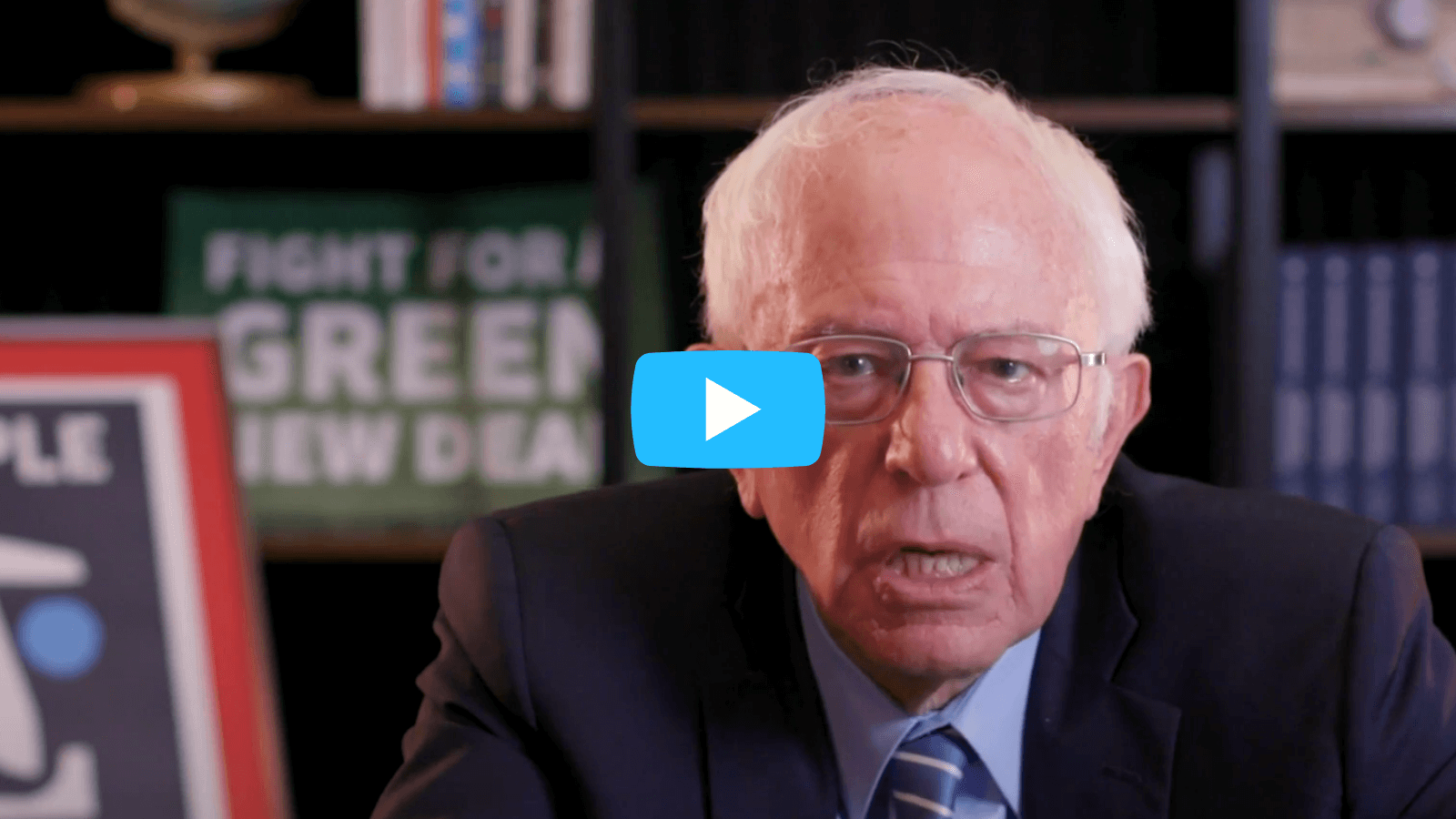 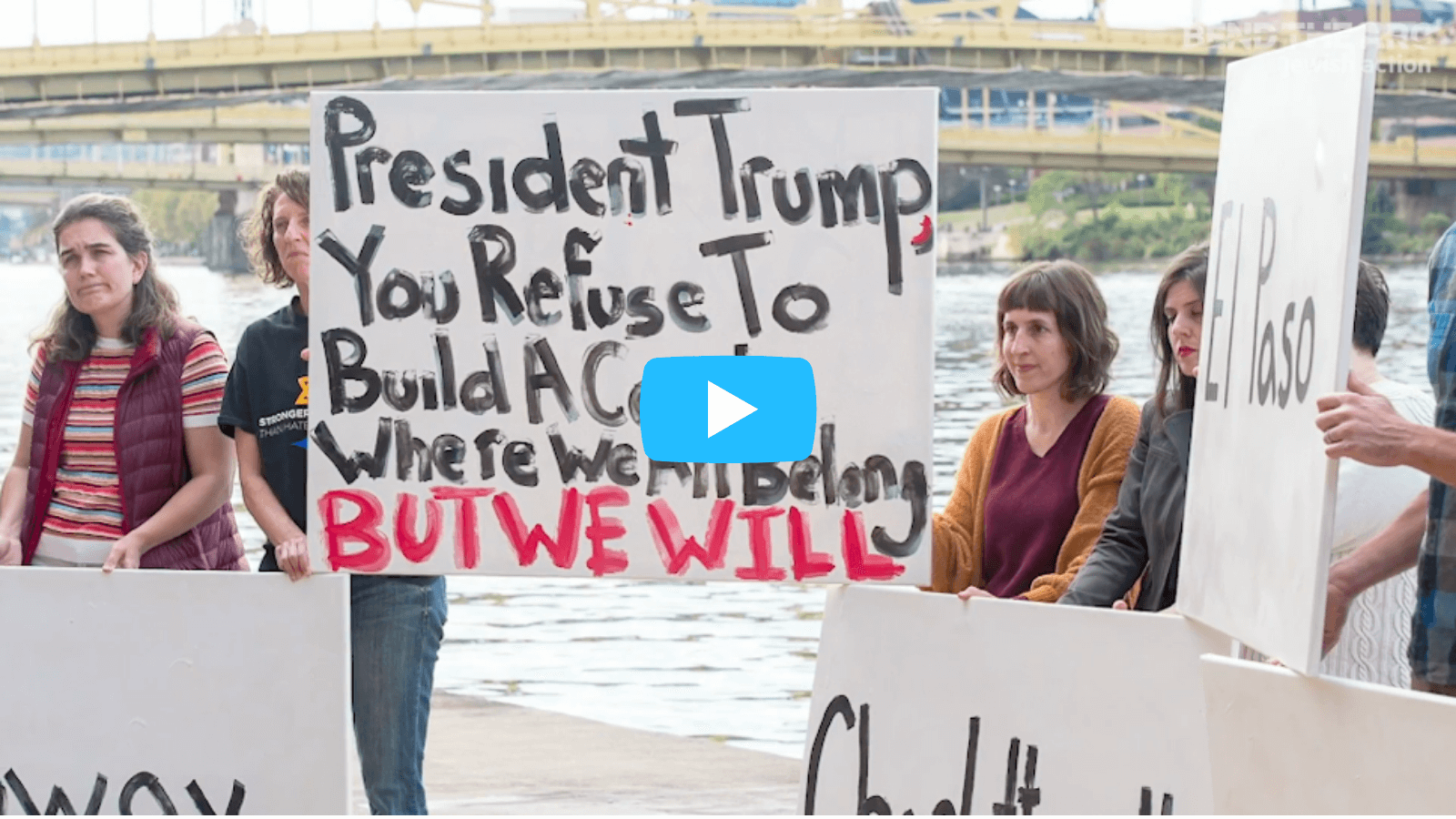 SCREENSHOTS FROM THE EVENT 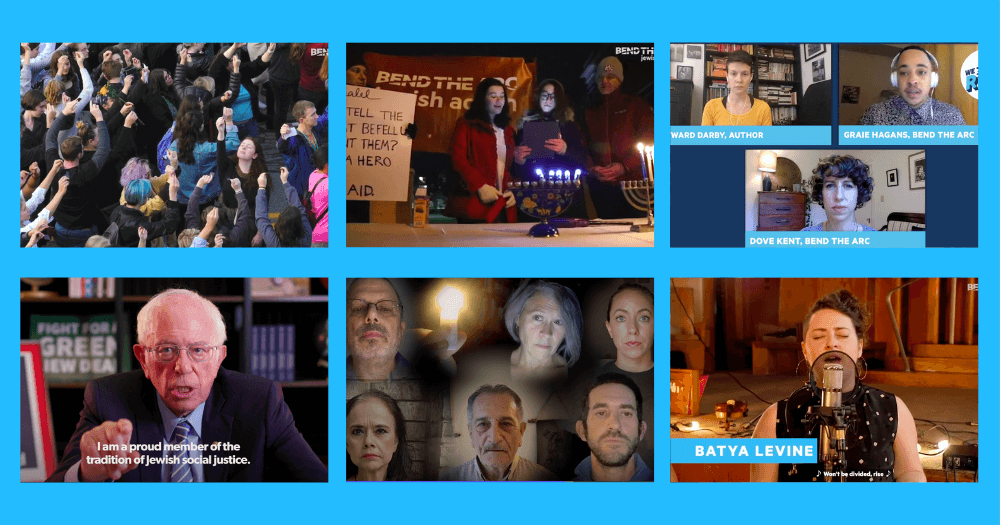 🗳️ Talk to voters: Join a phone or text bank to mobilize Jewish and swing state voters to build a country for all of us before November 3.
❤️ Give: Make a donation to power Bend the Arc: Jewish Action through the election and beyond.
📣 Get organized: Join a Bend the Arc group in your city for upcoming online events.